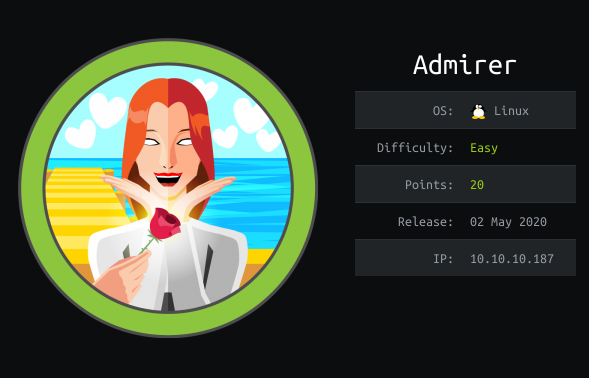 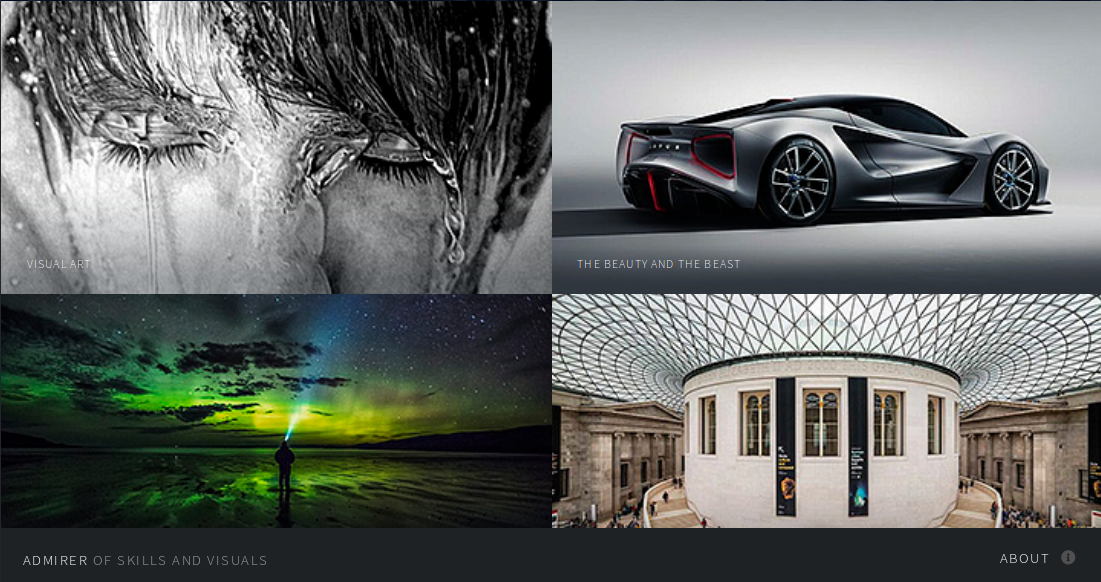 Very nice home page but its not linked to any useful pages. Hmm… Lets check out robots.txt.

Unfortunately, accessing http://admirer.htb/admin-dir/ led to a 403, so I think its time to bust out the directory brute-forcer.

Using the ftp credentials we found, we can go back to the ftp service.

We see 2 files so lets download them and analyse them. The dump.sql contained nothing useful so lets see what’s inside of html.tar.gz

In this folder were 3 interesting files.

Alright, we got one set of credentials. In utility-scripts, there was a admin_tasks.php.

If we visit it, this is how it looks:

We can’t inject any arbitrary commands into the shell_exec since the if check is pretty tight. Moving on, there was another file called db_admin.php.

Cool we found some database credentials but we can’t use them yet. However this page doesn’t exist anymore. Could it have to do with the comment in db_admin.php?

I consulted the forums and people were saying that the name of this box was a hint. I went to google “open source admirer” and I found what they were talking about.

The usage tells us that there is a adminer.php, so lets see if it’s there. 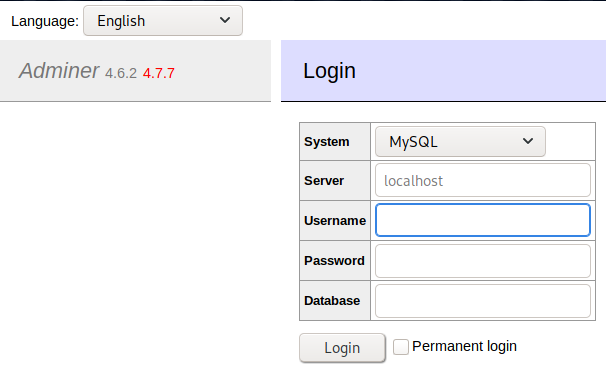 We found our next lead! I tested out the credentials we found but they were incorrect :( Maybe the files we found were outdated? Searching online, this version of Adminer (4.6.2) has a vulnerability which allows us to read files on the web server. I followed this guide which allowed to me read index.php on the web server.

First, we will need a SQL server. Fortunately, Kali Linux already comes with MariaDB installed so all we have to do is start it.

Next, we will need to create a new account and assign privileges to it.

Now we can use adminer.php to access our MariaDB server by entering our attacker’s machine IP Address as the Server, root as the username and toor as the password. The database field can be left blank. 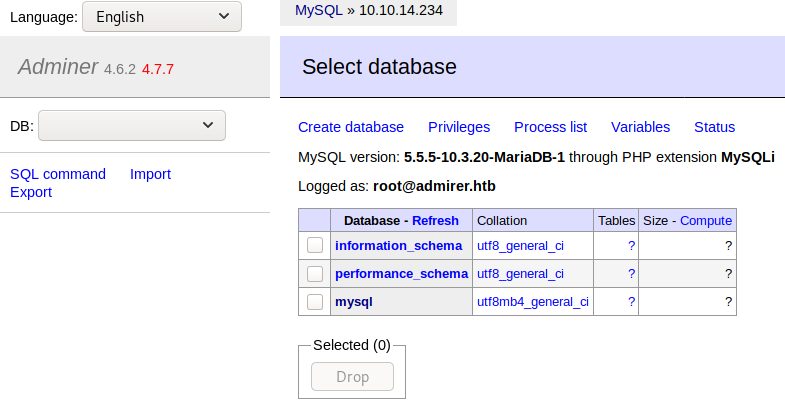 We then need to create a new database and new table inside it.

Now, we can proceed to load the contents of index.php into the table we made. 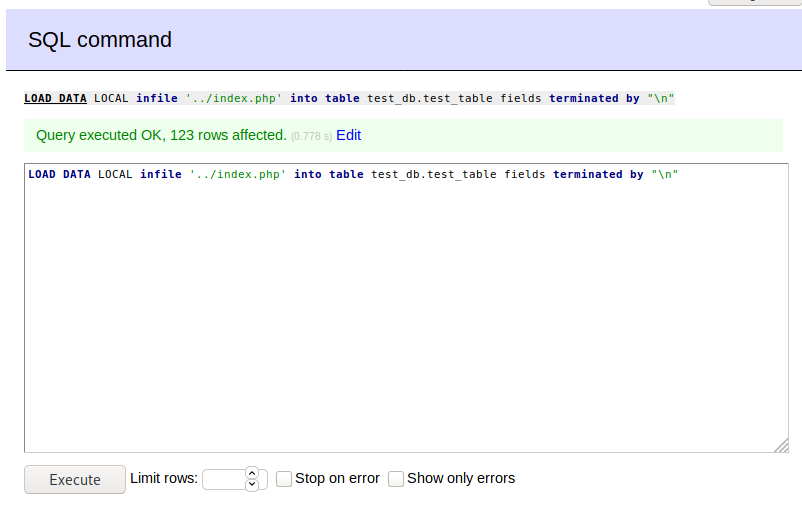 And finally, we can view the contents of index.php.

We can use these new credentials to login to the database on the box but there was only one table which contained nothing useful.

Thinking back, there was a ssh service running port 22. Perhaps we can ssh with the credentials?

As waldo, we got sudo rights to run /opt/scripts/admin_tasks.sh.

It’s quite long but if we zoom in to the backup_web function, we see that it is running a python script /opt/scripts/backup.py.

This script simply creates a .tar.gz file from the contents of /var/backups/html.

Now, all we have to do is run admin_task.sh.

And on our listener we prepared beforehand,

Hack The Box - Nibbles (Without Metasploit)

Hack The Box - Beep (Without Metasploit)