AWS Capture the Flag by HackerOne

On April 5th, HackerOne launched a new challenge on their Hacker101 website that aimed to put hackers’ cloud expertise to the test. Seeing that I had some time to spare from my university schedule, I decided to take a shot at it even though I had absolutely no experience deploying applications on AWS! 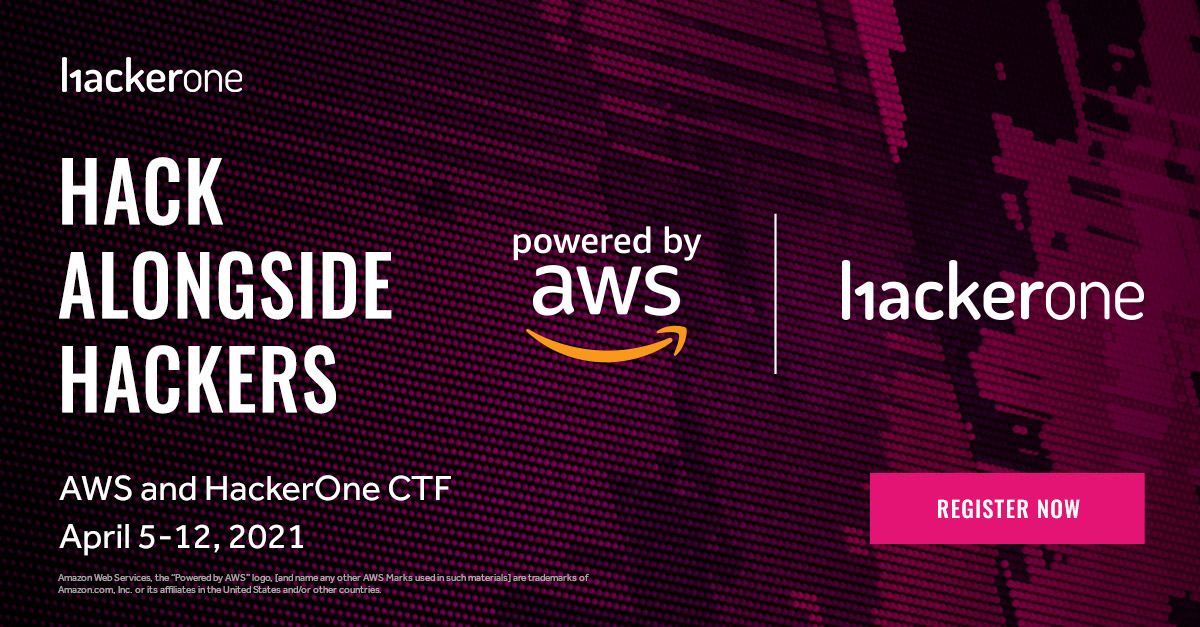 Login to the Hacker101 website and you will see a challenge at the bottom called AWS CTF that is rated Moderate and is worth 26 points, which is equivalent to a private invitation on the HackerOne platform.

Clicking on the Go button will initiate the spinning up of the challenge. A personal flag submission URL and target link will be generated for you.

Clicking on your target link that is highlighted in blue will bring you to the page that you need to attack.

If you type in https://www.google.com/ into the field and submit, it will fetch what seems to be the HTML source of the URL you specified and render it on the right in the Preview section.

Since this was an AWS-based challenge, the first thing I tried was to fetch the instance metadata service, which is available at http://169.254.169.254/, and it worked!

The next step would be to list the roles that we can generate credentials for by fetching http://169.254.169.254/latest/meta-data/iam/security-credentials/.

The output is a bit long but you should get JSON that looks like this:

To make use of them, you can use the aws CLI tool. If you are on Linux like me, you can install it using the following commands:

Configure the aws CLI by exporting certain variables while specifying the AccessKeyId, SecretAccessKey and Token values that you received earlier.

To verify that it works, we can use the following command and you will get something like this:

There are many features that AWS supports and it can be a pain to enumerate one by one. Therefore I used a tool called enumerate-iam to automate the enumeration.

Using the following command, we can get an idea on what permissions we have as the SSRFChallengeOneRole role.

Using this API call, we are able to get a list of IP addresses of the machines in the network.

Using the web page we started with, we can try to communicate with other machines in the network. I tried the 4 IP addresses and I noticed something about the output when I queried http://10.0.0.55.

It seems that the endpoint that we were submitting to was /check_webpage that had an addr parameter. On closer inspection, the returned JSON response had a base64-encoded value in page and decoding it returns the following message:

If you refer back to the output of the enumerate-iam tool that we ran, it says that we could run the secretsmanager.list_secrets() API call. Lets see what it returns.

The two h101_flag_secret_* secrets caught my eye instantly but I couldn’t make use of them so I moved on to the web_service_health_api_key secret, which is probably what the earlier message was referring to. To retrieve the actual secret, we can use the follow command:

Now lets see what happens when we specify the ?api_key=hXjYspOr406dn93uKGmsCodNJg3c2oQM as part of our URL that we want to query.

We managed to access the page! There didn’t seem much but if we manually decode the output returned, we see that there was an attempt to fetch another file at /static/main.js which is probably hosted on http://10.0.0.55.

Modifying the URL a little, we can fetch the contents of main.js.

Unfortunately, fetching /api/get_machines returned a 500 Internal Server Error, so lets try to figure out how to use /api/get_status?addr=${addr}.

We then generate a new set of temporary credentials by appending SSRFChallengeTwoRole to the addr parameter.

To verify the credentials, we can run aws sts get-caller-identity again.

We run enumerate-iam again to see what we can do with these new credentials.

Out of these buckets, we can only list the files in h101-dev-notes.

Lets retrieve README.md and read it.

Save the JSON output into a file called send-message.json.

Sending a message to the flag_file_generator SQS queue

First, we will need the URL of the queue which we can retrieve by running this command:

We then simply send the message while specifying the send-message.json as our body.

The README.md specified that the flag file would be called <fid>.flag and is located in another s3 bucket called h101-flag-files.

Copy the contents of the flag file and submit it to your personalised submission URL and you will rewarded be with another flag which you can submit on the Hacker101 website to gain the 26 points.

Participated in the STACK the Flags CTF with my peers and placed 10th in the University / Polytechnic category. Here’s the link to the writeup. I mostly solved the cloud, osint and social enginee...

Description A nation-supported hacker group is using their cutting edge technology to attack a company that develops vaccine. They roll their own crypto with a hope that it will be more secure....

Hack The Box - Bankrobber (Without Metasploit)