Hack The Box - Irked (Without Metasploit) 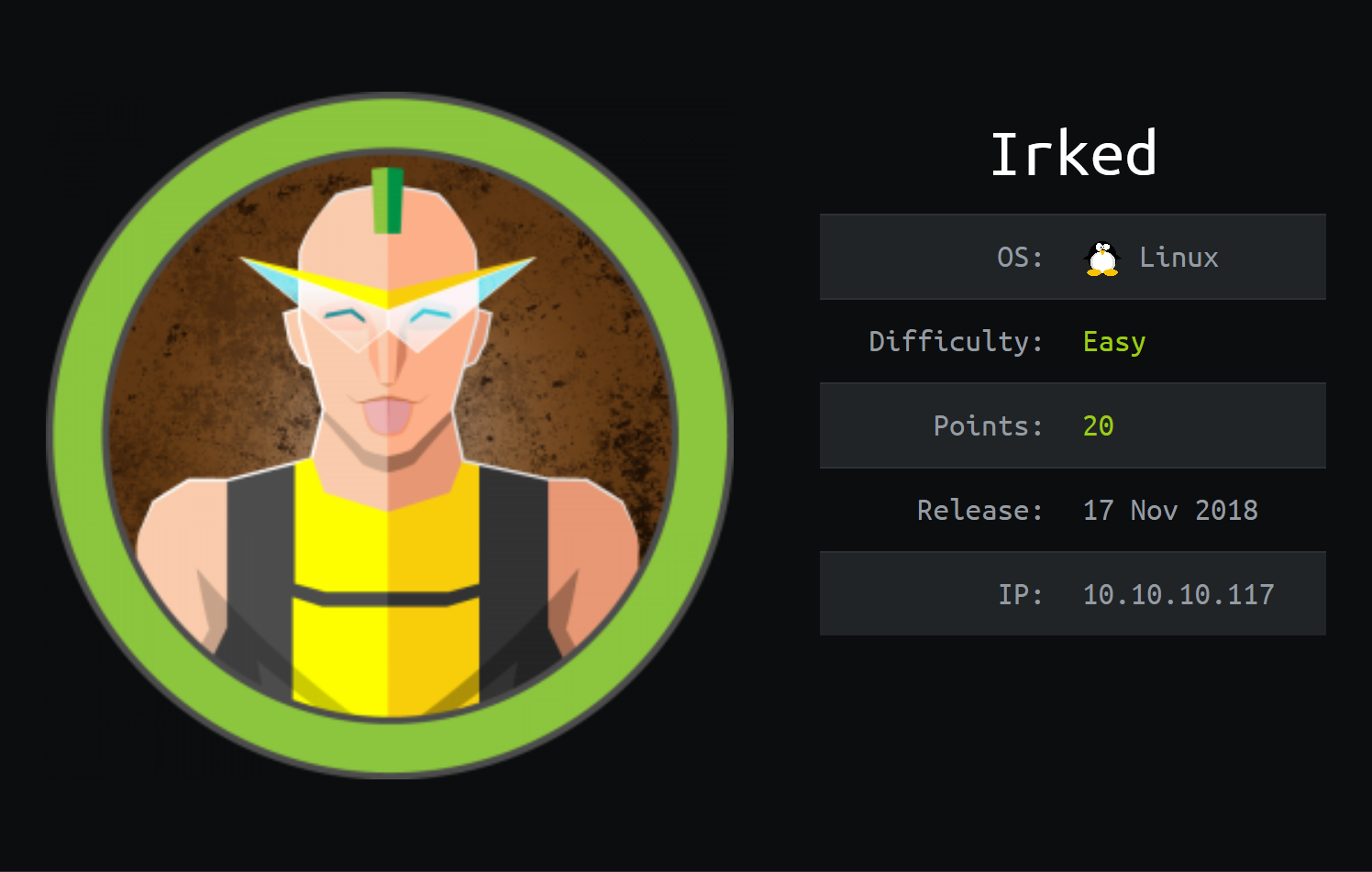 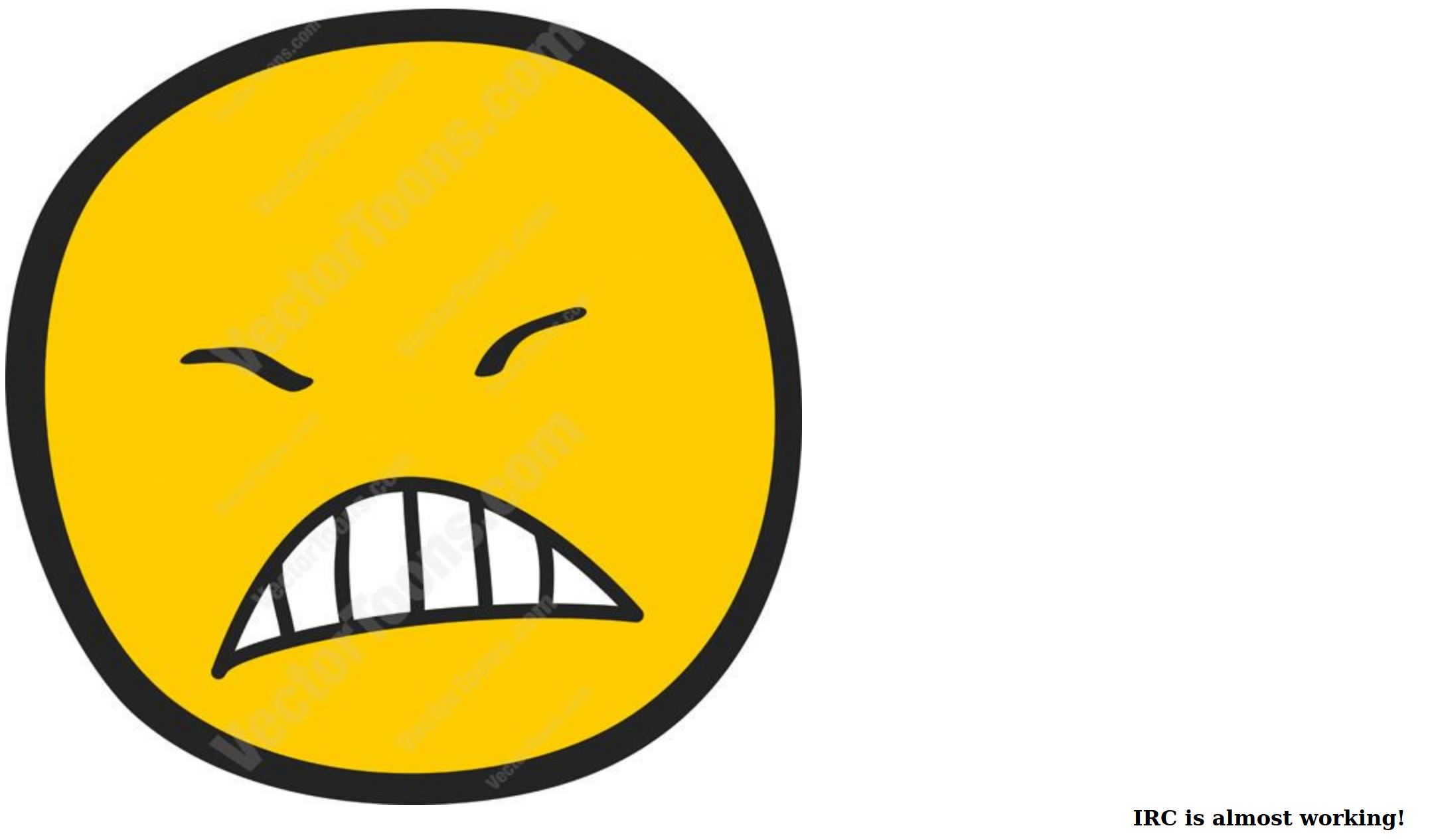 The message at the bottom right might perhaps be referring to the IRC service that found via nmap.

Using a nmap script, we see that this unrealircd has a backdoor.

Using this script, I was able to make use of the backdoor and spawn a shell.

After a while, on our nc listener that we setup beforehand, we see that we get a shell as ircd.

In the home directory of another user djmardov, apart from the user.txt that we have no access to, there was a file called .backup.

I tried logging in with UPupDOWNdownLRlrBAbaSSss, but unfortunately it was the wrong password. The file said something about steg, as in steganography? Perhaps the image we saw on the web server is hiding something?

After installing steghide, I used it to check if there is anything hidden in the image.

It tells us that there is a file called pass.txt! Lets extract it.

We managed to login as djmardov.

The user flag is in djmardov’s Documents directory.

Using linux-smart-enumeration, we see that there is a SUID binary viewuser that stood out.

Upon running viewuser, we see that it is looking for a file called /tmp/listusers but it doesn’t exist. Could it perhaps be trying to execute it?

Lets create /tmp/listusers that will contain the /bin/bash command.

And then we run /tmp/listusers.

We managed to get a shell as root!

The root flag is in root’s home directory.

This machine was not my first Linux machine but I had fun rooted this machine ! :D Configuration The operating system that I will be using to tackle this machine is a Kali Linux VM. Always rem...

Hack The Box - TartarSauce (Without Metasploit)

Hack The Box - FriendZone (Without Metasploit)