My first Medium box! Didn’t think I was capable of doing it so soon haha. I saw that this box was retiring soon so I thought “why not”? Of course, I needed the help of the forums to guide me :P 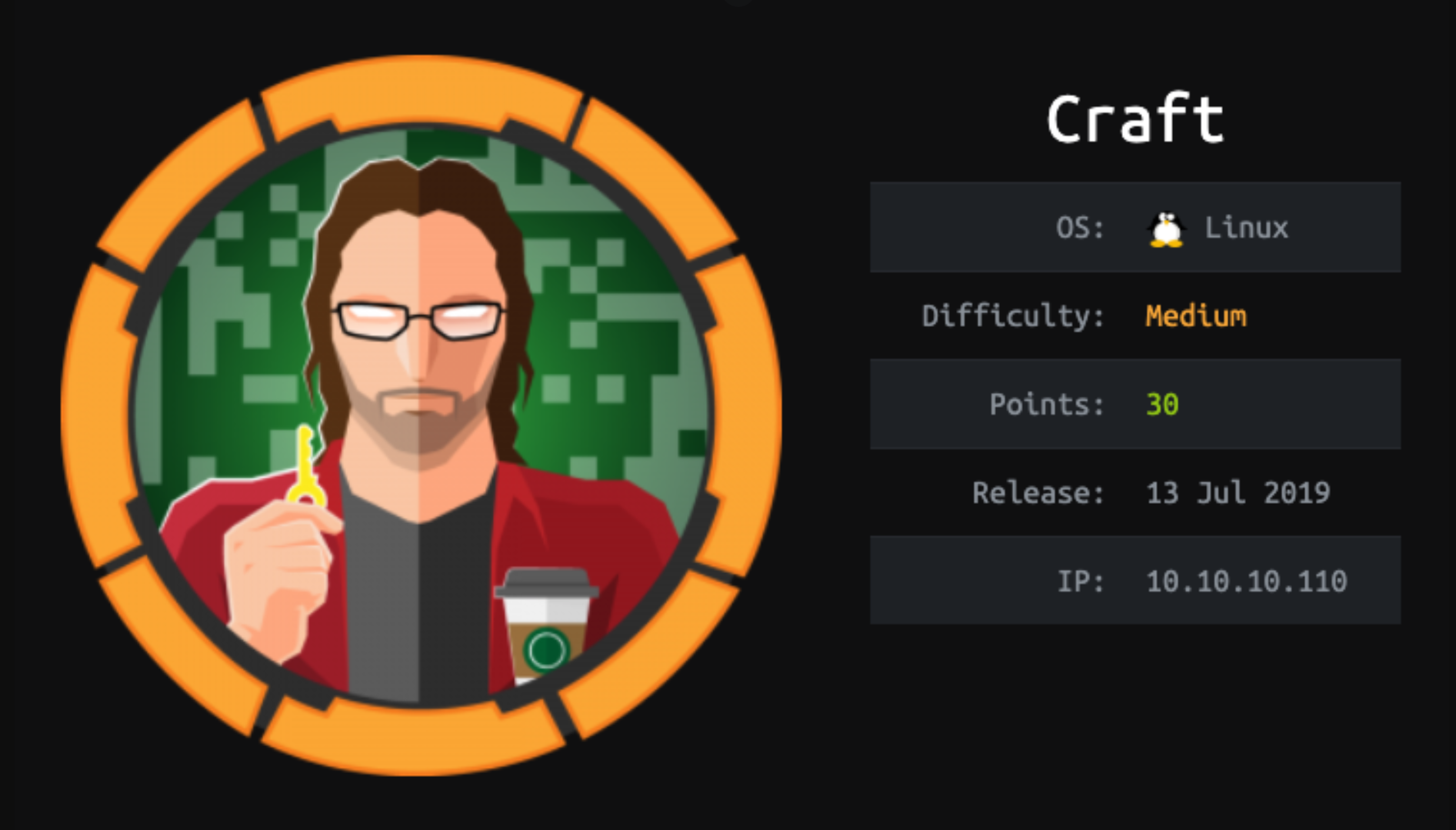 Not much can be done with the ssh service as we do not have any credentials on hand so lets come back to it later. As for the https service, maybe we can find some information on it ?

Nothing much here except for the API and the git icon on the top right. Lets first check out the API.

It was a link to https://api.craft.htb/api/, hence we had to add api.craft.htb to our /etc/hosts for the page to be resolved properly.

After playing around with some of the different APIs, what caught my attention was /auth/login. Upon clicking on Execute, I was prompted for credentials.

Since I did not have any credentials, I decided to put this on hold for now. Lets move on the git icon. It was a link to https://gogs.craft.htb, hence we need to modify our /etc/hosts again. 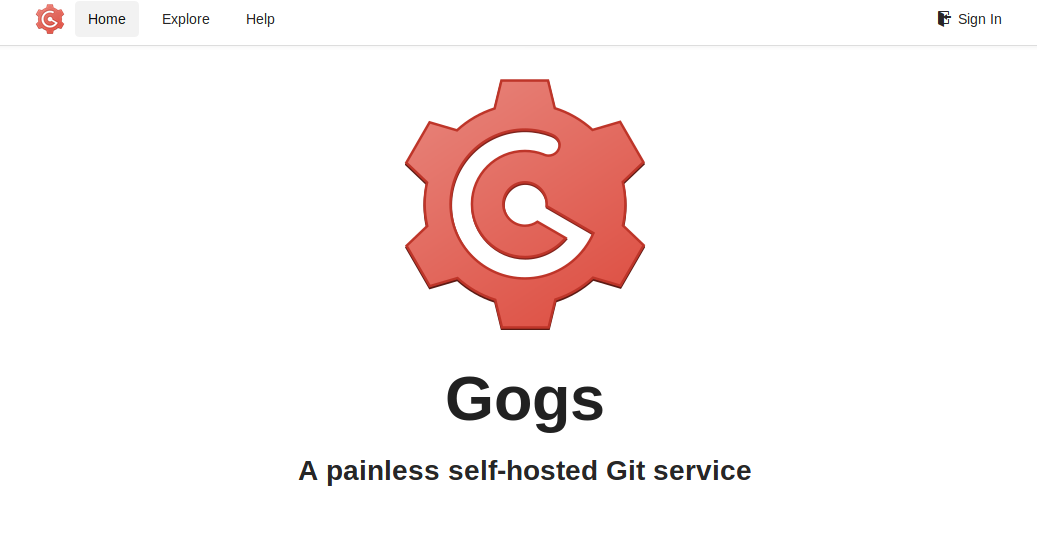 Oh we found something! There is a repository that might be related to https://api.craft.htb/api! 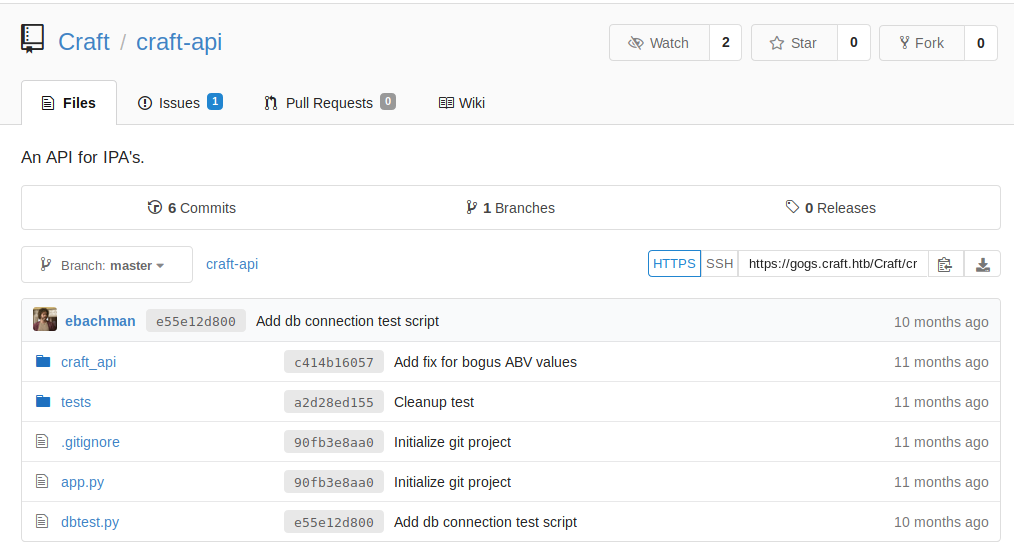 This repository seems to contain the source code. Lets try looking around.

There was an issue posted which contained the API token, but sadly was expired. In the commits history, I found some credentials!

Looks like Dinesh accidentally commited his credentials and tried to cover it up haha. To check if the credentials are still valid, we returned to https://api.craft.htb/api/ and key them into the prompt for the /auth/login feature.

We managed to get a valid API token! Not much can be done now so I decided to look at the source code for any vulnerabilites.

On https://gogs.craft.htb/Craft/craft-api/src/master/craft_api/api/brew/endpoints/brew.py, there was a certain section that caught my eye.

eval was being called with input from the abv field in the sent JSON for the /brew/ route. This means that whatever python expression we enter in the abv field, it will be executed. Hm…

I decided to search for how to achieve reverse shell from the eval function and I found this post on StackOverflow.

With the script ready, we start our listener:

And run our exploit script. Back on our listener, we catch the connection. Wait, we are already root?

There was no root.txt at /root, so what is going on?

Lets try running LinEnum to get some insights.

Ahh I see, we are in a Docker container. We might need to escape from it if we want to get our flags :P

Looking back at the repository on https://gogs.craft.htb, there was a .gitignore.

The settings.py seemed interesting. It was located at /opt/app/craft_api and it contained a lot of juicy information.

Nice we got the credentials for a mysql database service running on the box. According to the model schema found at https://gogs.craft.htb/Craft/craft-api/src/master/craft_api/database/models.py, there is a User table containing usernames and passwords.

We can modify this database testing script at https://gogs.craft.htb/Craft/craft-api/src/master/dbtest.py to dump out the table.

Lets try logging in to https://gogs.craft.htb using these credentials.

Only dinesh’s and gilfoyle’s credentials worked. However, in gilfoyle’s homepage I noticed another repository but was private. 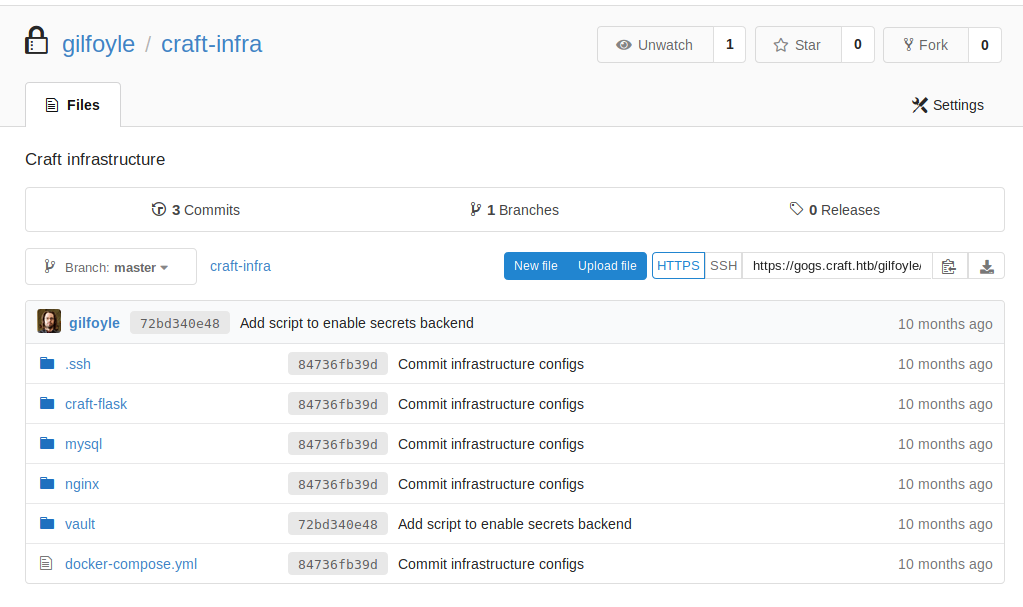 Looking through the repository, I found a ssh key pair at https://gogs.craft.htb/gilfoyle/craft-infra/src/master/.ssh/id_rsa

I downloaded the id_rsa, which is the private key.

I attempted to ssh to the box. The passphrase was ZEU3N8WNM2rh4T, which was gilfoyle’s password.

In gilfoyle’s private repository, there was a folder called vault. Thinking it was a name for a service, I went to search online and found this.

In the folder, I found a script at https://gogs.craft.htb/gilfoyle/craft-infra/src/master/vault/secrets.sh

Hmm… Seem like vault is being used to store ssh keys or something? Time to look at the documentation.

The commands looked pretty similar. Following the Automate it section, all we have to do is create a new OTP and ssh into the box.

Hack The Box - Bastard (Without Metasploit)